In the early 2000s, a committee was formed by the Ben Lomond Quaker Center Association (BLQCA) to consider how to expand the community of possible users of the proposed new Redwood Lodge to include previously underrepresented groups. One of the committee members was Vic Yellowhawk White, a Native American staff member of American Friends Service Committee (AFSC) in Oakland. As we brainstormed some of the groups we imagined might use it, and spoke of Quaker Center as “ours”, Vic reminded the rest of us that white people were very likely not the first persons to inhabit this land. He mentioned that a small subgroup of the Ohlone people called the Rumsens had been among the primary dwellers in the greater Monterey Bay area, and may likely have at least visited these lands, if not actually dwelt here. This possibility must have been recognized by Quaker Center staff in 1999, because some descendants of the Rumsens had been invited to do one of their traditional dances in the Redwood Circle during that year’s 50th anniversary celebration of the donation of the property by Lucile Manley to Friends.

But before any human inhabitants were here, the trees, most of them coast redwoods, had lived in this place for centuries undisturbed. It is entirely possible that some of those that stand here now have direct ancestors which preceded any human visitors. The trees are still the reason why some come here in the first place. They seem to be one of the reasons why Clyde and Lucile Manley chose to buy the parcel in 1920. Lucile Manley talks about this in a letter to Virginia Brink, then on the managing Ben Lomond Committee of AFSC:

“My husband’s health failed and he returned to Ben Lomond for the sake of outdoor activities. He felt a great need for city people to find release in the quiet of our acres…”

So, in a sense, Friends are here because of the trees. It is also quite likely that the trees will outlive us all in this sacred spot. Even though our human activities occupy a relatively small interval of time in relation to that of the trees, it is worth recording in this short summary how Quakers came to be here in 1949, when the Manleys donated their 51 acres to Friends, and how they have remained here since then, particularly since the means by which they remained have been neither easy nor obvious at all times during the past six decades.

Most of the information contained in this summary comes from the files in the “Archives” at Quaker Center, but a great deal also comes from the memory and experience of the writer who, with his wife Betty, may be the only persons still alive in California who have both worked here and met in person all of the others who were similar QC staff. It is not possible to live on the property for five years and fail to hear and absorb the stories and legends which accompany Friends’ short presence here. Since events after the mid-1980s are fairly well-documented and relatively well-known by so many persons, this summary will focus only on those activities up to the early part of that decade, when the current BLQCA was well established as the owner and administrator of the now nearly 80 acres.

In a real sense, this short history reflects the distillation of the impression that living here for five years and being on the Board for 13 years has had on its writer. It is also true that almost everyone who comes here quickly experiences similar impressions which seem to come from the place itself, regardless of what actually happens while they are here.

While serving on the staff here in the 1980s Betty and I developed a theory to explain why it seemed that at least one person would forget something when they left here at the end of every weekend. We surmised that it was because they had become so attached to Quaker Center that they were subconsciously compelled to prolong this attachment by leaving something of themselves behind. This would then guarantee their return, or at least their needing to contact Quaker Center once again, to check on the whereabouts of that part of themselves that had remained here.

Whether our theory is plausible or not, Quaker Center remains with its visitors long after they have gone. This recollection of the significant events in Quaker Center’s early history may itself be an example of this phenomenon. Attempting to explain in words Quaker Center’s effect on people is difficult. Sometimes even poetry doesn’t quite measure up, as Jeanne Lohmann discovered, in 1976, reflecting on her experience of a day at Quaker Center:

Many thanks to all the persons who have lived and worked here over the years (see Appendix Two) and who preserved and left behind all the notes, letters, and minutes which have found their way to the archives at Quaker Center and which are largely responsible for what is recorded in these pages. Please contact the author if you believe someone whose name deserved recording has been omitted.

Thanks are also due to the Board of the Ben Lomond Quaker Center Association, who gave their approval for the initiation of this project, although not necessarily of the results.

Join Friends from around the world as we respond to queries based on short readings.  JOIN HERE

(See Friendly Quotes and Queries below) 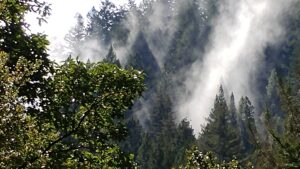 from New England Yearly Meeting FAITH & PRACTICE
One rarely knows how death will arrive, either for a loved one or for oneself. Will death come through injury, illness, old age? Will it come quickly or slowly? Will there be warn-ing? Each death is unique, and may not come at the end of a long life. Yet, each life, whether short or long, is whole and precious.
Early Friends recognized the passage into death as a liminal space in which a person might be particularly conscious of the Eternal. It was common for friends and family to gather to hear the testimony of the dying person. While this rarely happens in a formal way now, many still find deep openings sitting with a dying person whether in silence or in conversation, and even when they are with a person who is unconscious, distressed, or wrestling with great pain.
Keeping a sense of sanctity and care around death may present a challenge. Many aspects of the modern world distance us from death. Deaths are often outside the home, or far away geographically from loved ones. Certain aspects of death, such as medical care or funeral arrangements, are usually handled by others, leading to less engagement with the physical reality of death than in former times. At the same time, the still common experi-ence of mass deaths from war, or other violence, may lead one to objectify death as remote and unreal.
What happens beyond life is a mystery, but Friends trust it is part of a universe sustained by Divine Love. Friends’ witness is that one may live in God’s realm in the present. As such, life choices are made not in hopes of heaven in an after-life, but on how one can embody that realm in the present.
Birth and death are parts of the natural order of creation. A given life span is only one fleeting but precious part of the life of the universe. What precedes and follows it becomes part of a larger spiritual context. Birth, life, and death are complementary parts of the cycle of life anchored in the Spirit.
QUERIES: What has been your experience with death? How does that impact your faith and vice versa? What are your biggest concerns about the eventual death of loved ones; of your own? 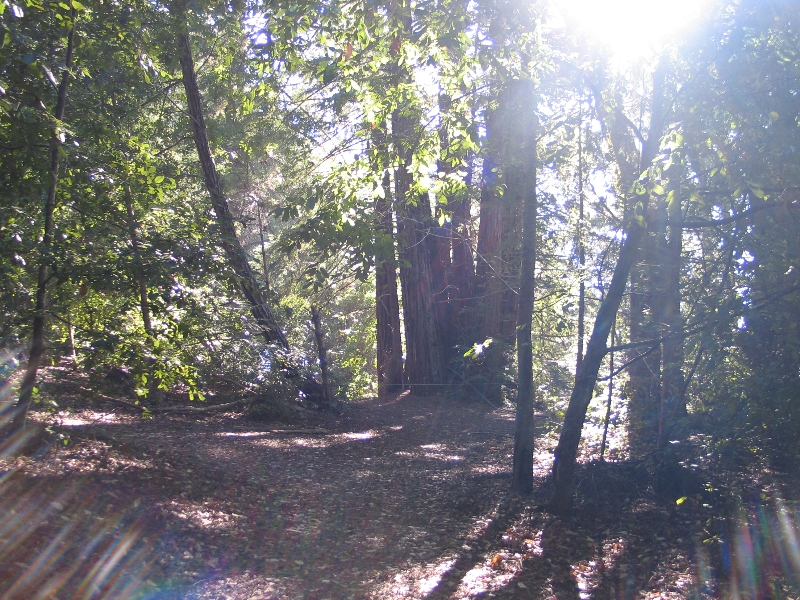 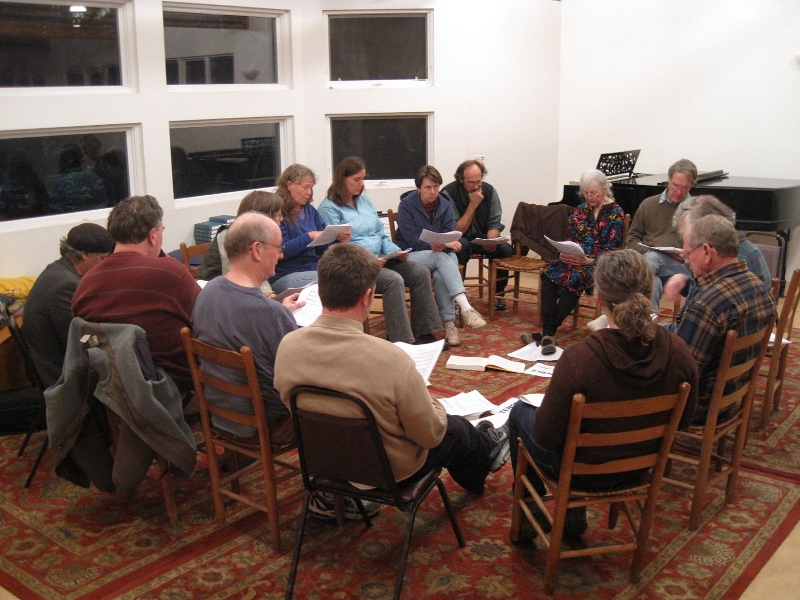 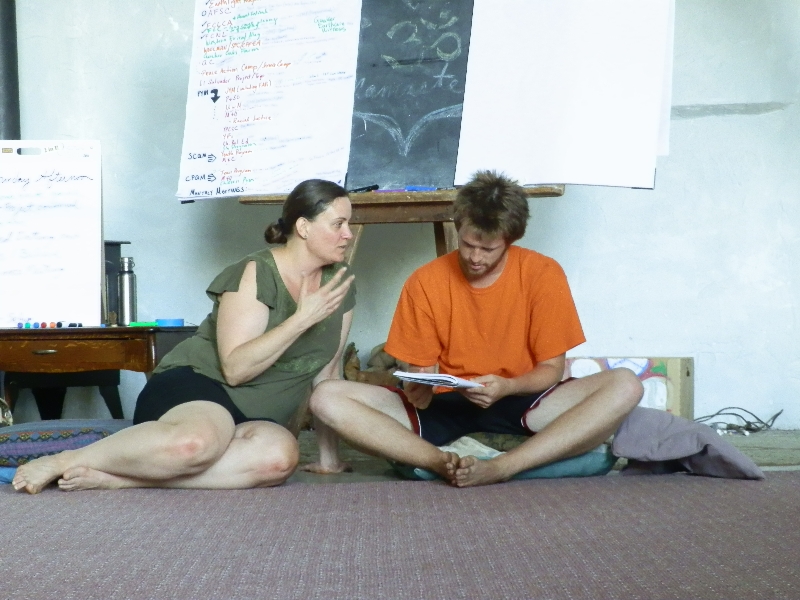 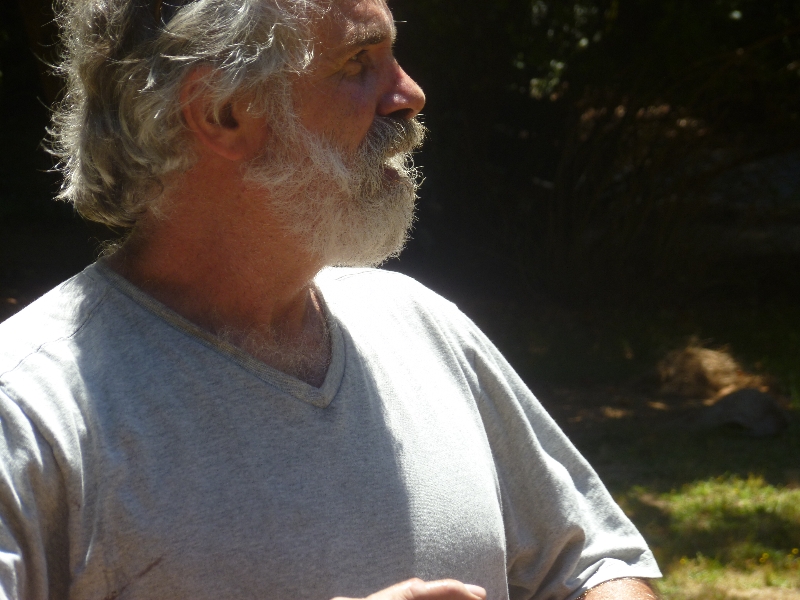 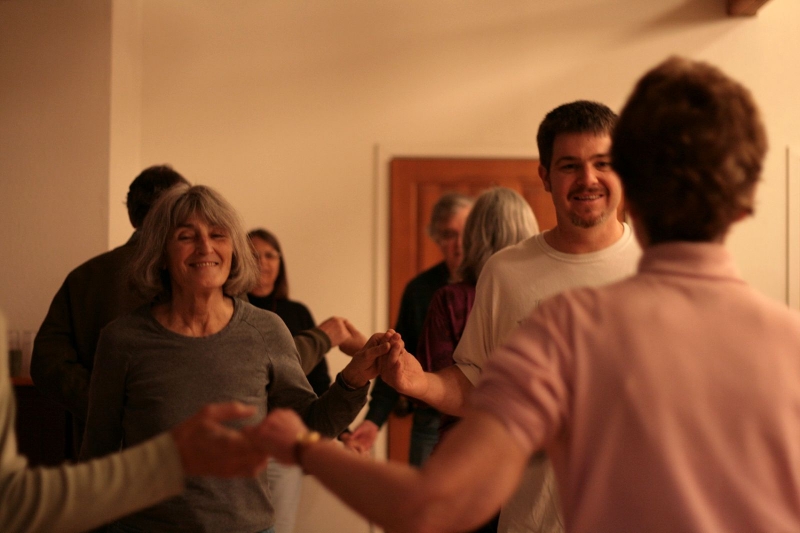 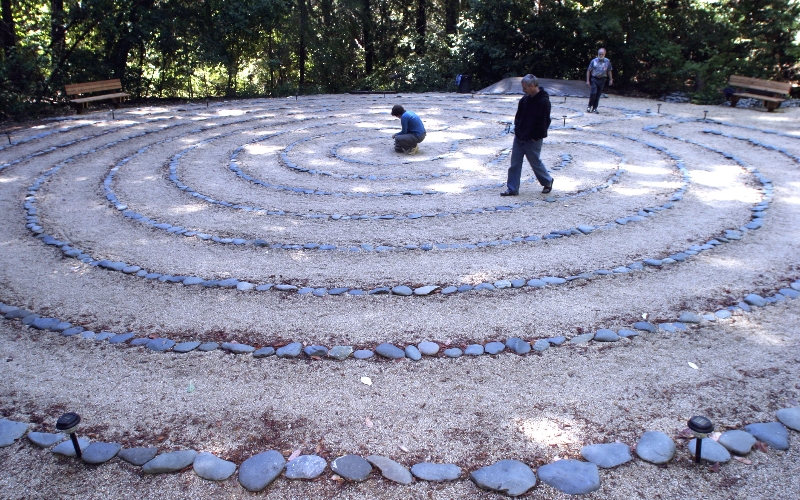 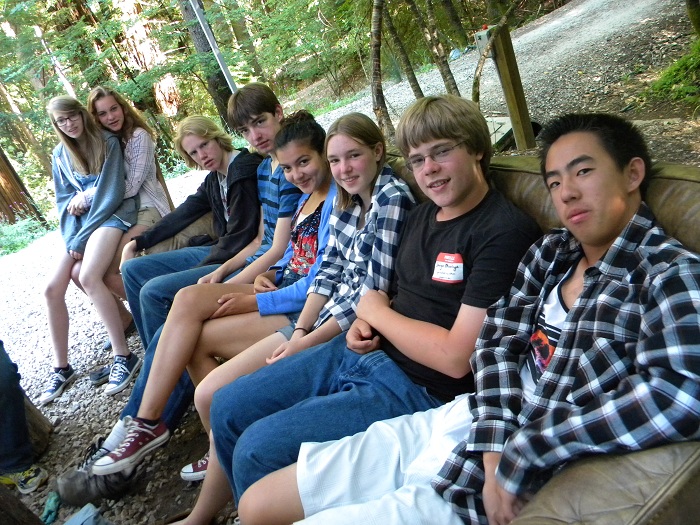 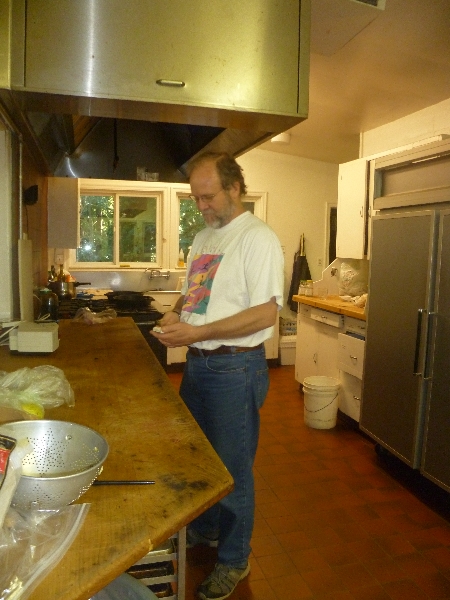 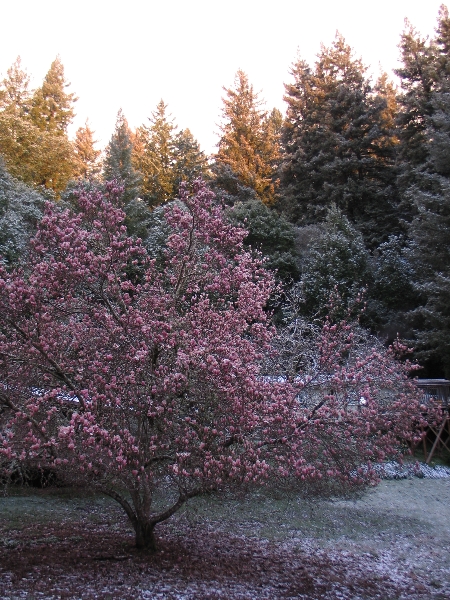 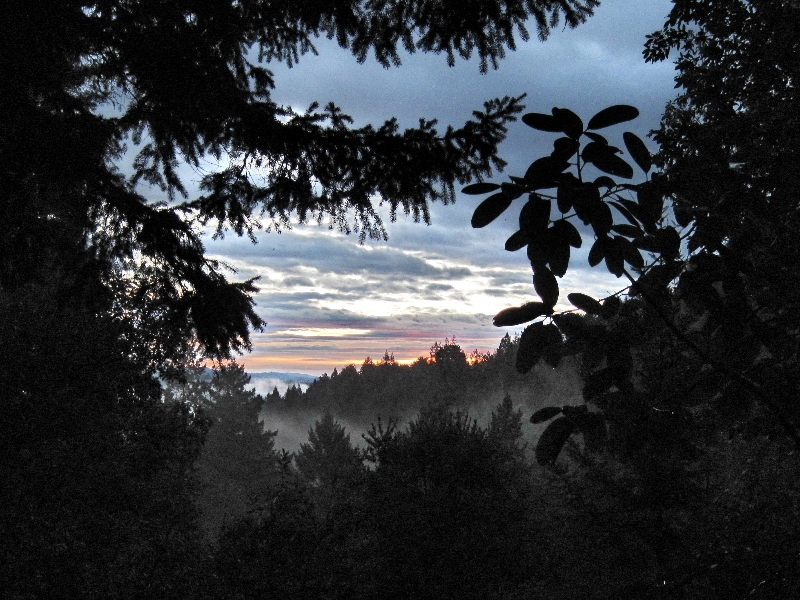 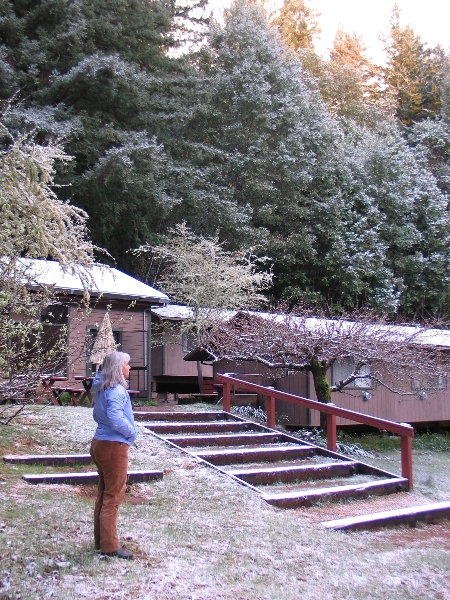 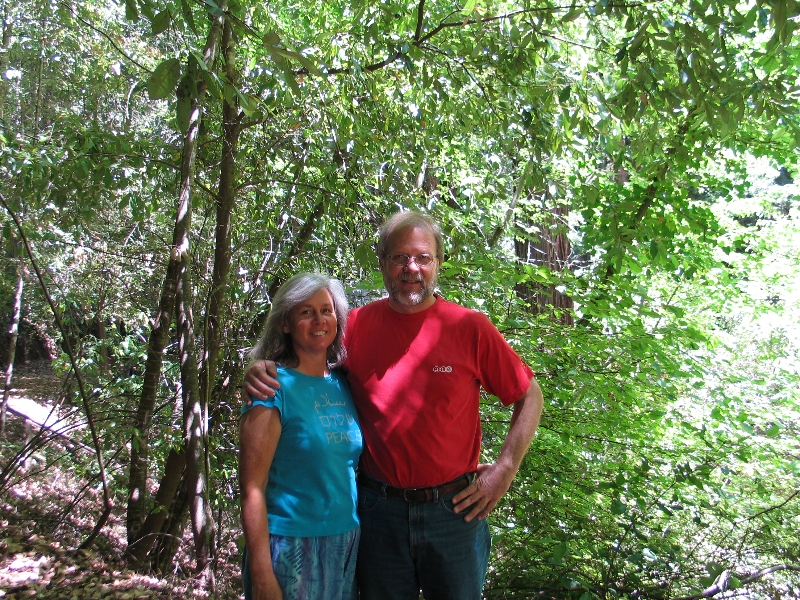 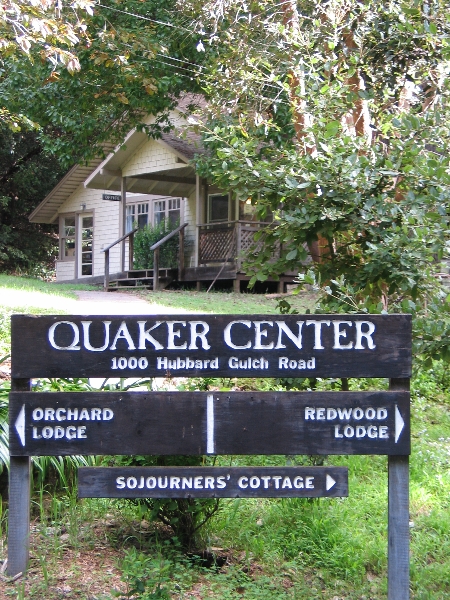 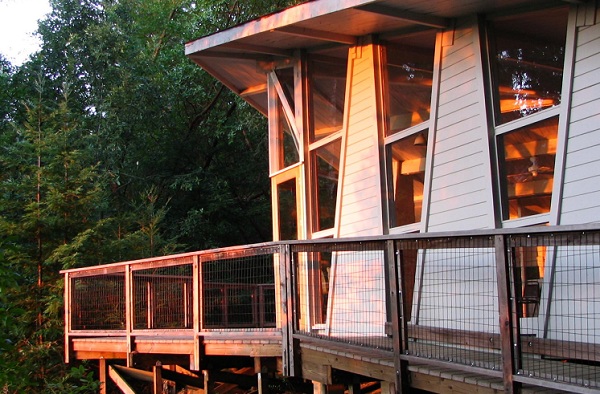 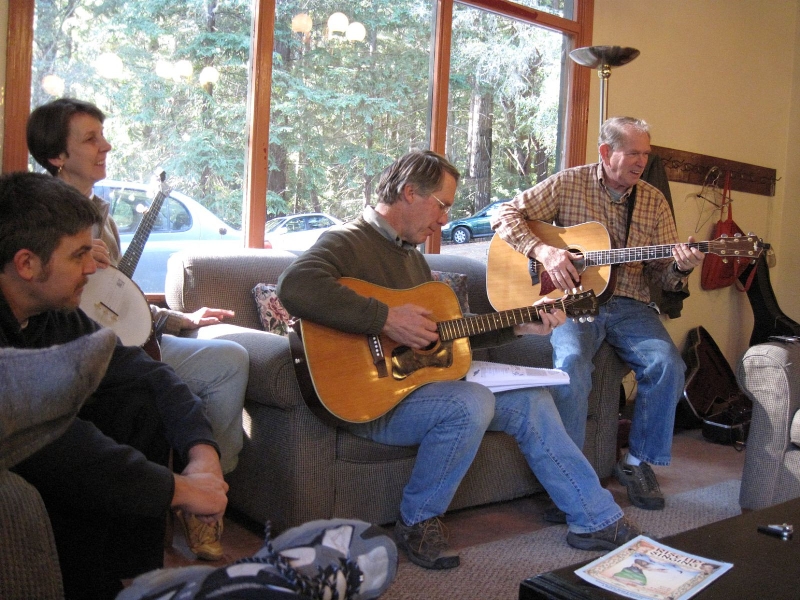 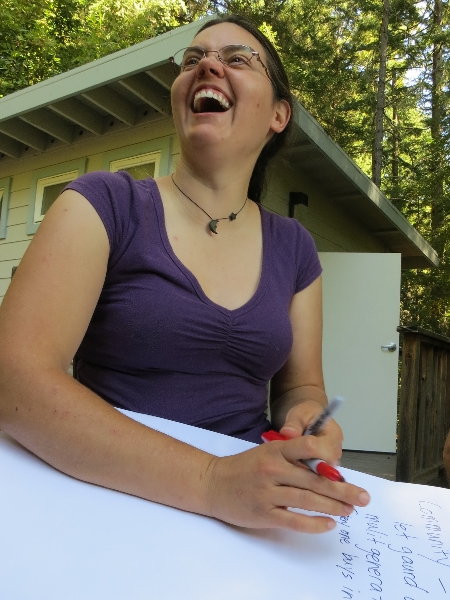 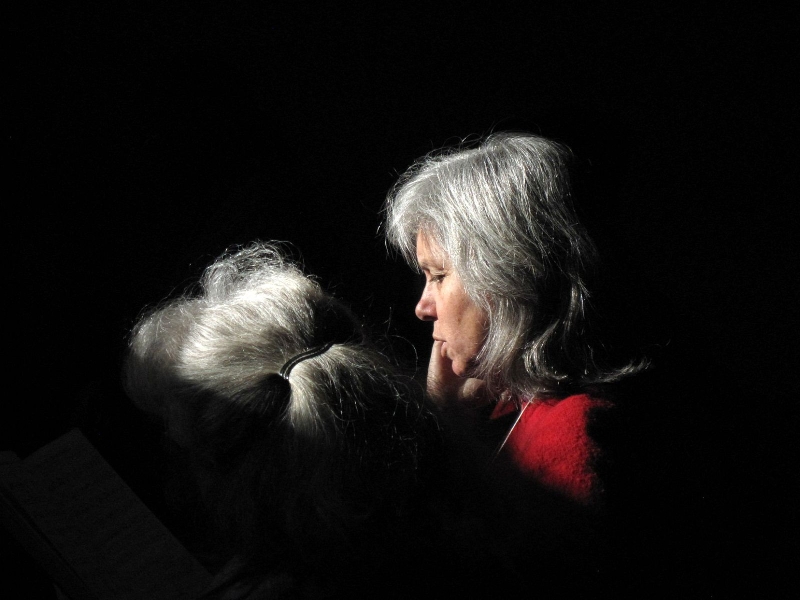 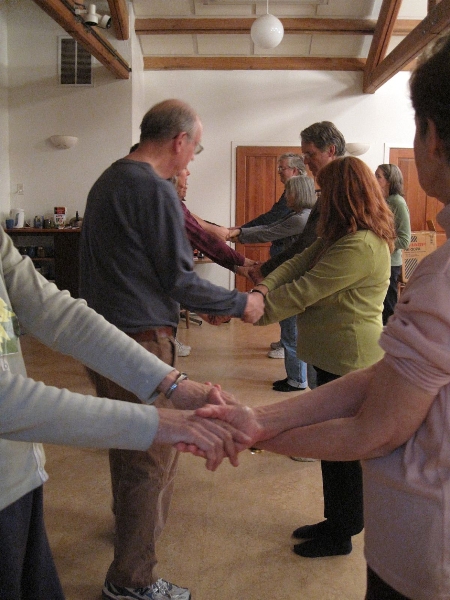 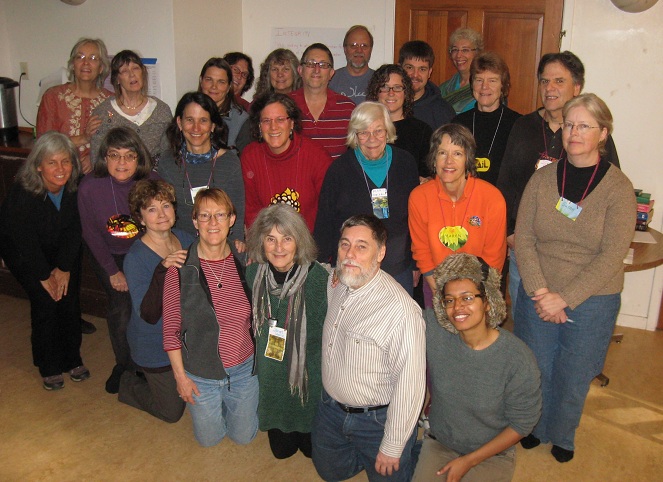 Get News from Quaker Center in your e-mail!

ARE YOU WILLING & ABLE TO HELP?
We are continuing to hold our heads above water, financially, despite losing about $15,000 per month of budgeted income. We started out with some healthy reserves, we’ve cut back on expenditures and Friends have been exceedingly generous in offering financial support. But the pandemic and post-CZU fire challenges continue to put pressure on our ability to fulfill our mission.

Please help, as you are able:

If you prefer to send a check, please send to: 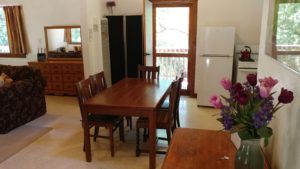